Those Parts Numbers REALLY CAN Make a Difference...

So given that the Series 1, Series 2, and Series 3 (Zenki, Chuki and Khoki) R33 GT-Rs are fundamentally the same car, in modifying and keeping this car running, I am usually not a stickler for different part  numbers for the SAME PART - the only difference seemingly being that my car is a Kohki car (with some part numbers containing a 98U00) and not a Zenki or Chuki (with part numbers often containing 24U00). Usually I am happy if I find something in better shape regardless of the year car it came off of. Of course, if it's brand new that is great too...

Sure, some parts like the Kohki Xenon headlights and red accented interior, I get.  Having different parts numbers for those very distinct parts makes sense.  But how about this: 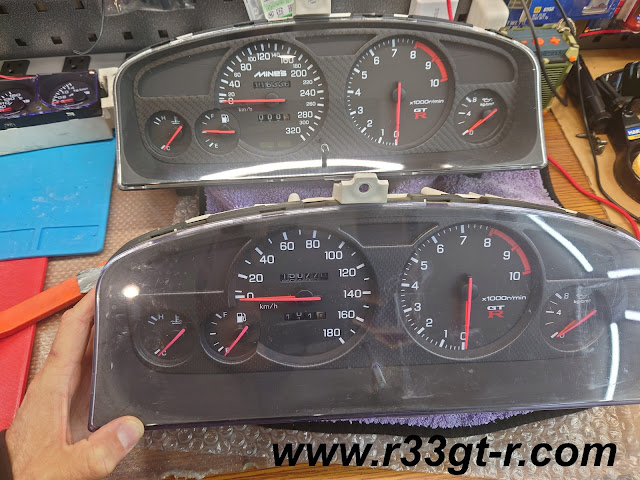 Other than the Mine's speedometer, what's the difference?  Why did I just find and buy the old scratched up gauge cluster on Yahoo Auctions?

Well, the clue is in the numbers:

So yes, my cluster appears to be from a Zenki or Chuki car while the bottom scratched up one is from a Kohki car.  And yet, my car is a Kohki so what's going on?

Well, I didn't realize until this incident that I think when I installed the Mine's speedo, I kept the 24U00 unit it came in (only replacing the V-Spec tachometer for the one that came in my car originally), and so I must have sold off my OEM 98U00 unit.

So why am I making a big deal about this now? Well... as you may know the Kohki cars have a standard rear fog lamp:

But for the last few weeks, I thought that maybe the fog light or the circuit was broken, because when I turned on the fog lamp, I heard the relay click, but did not see anything on the dash.  And when I checked the owner's manual there was supposed to an indicator lamp that turned on where the green arrow is pointing, below. 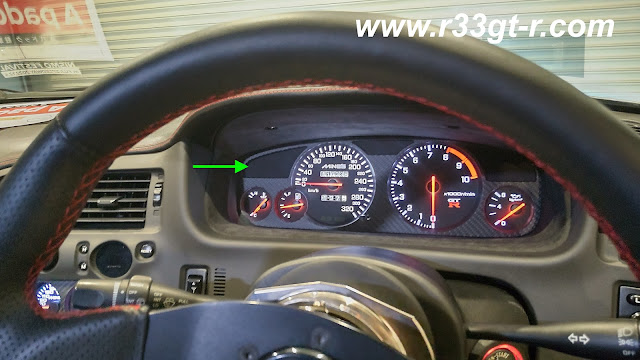 Suspecting a burnt out bulb, I removed the gauge cluster to check the bulb. But the bulb looked fine... 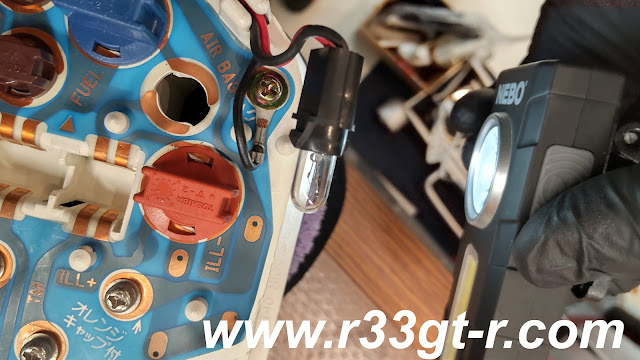 And I realized the contacts for that bulb looked clean too. 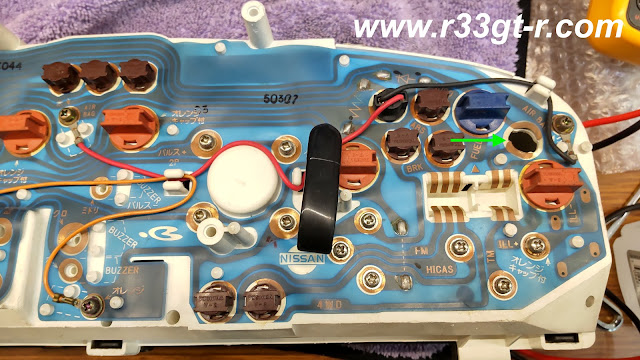 Ok so what about this removable film? It contains all the graphics for the warning lamps. 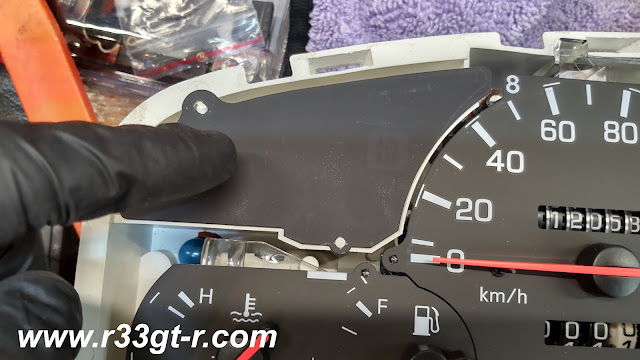 After gently removing it to check the back side, I immediately realized that not only did the part number seem to be an earlier part number - 15U000 - but it was clearly lacking any indicator diagram for the rear fog lamp. 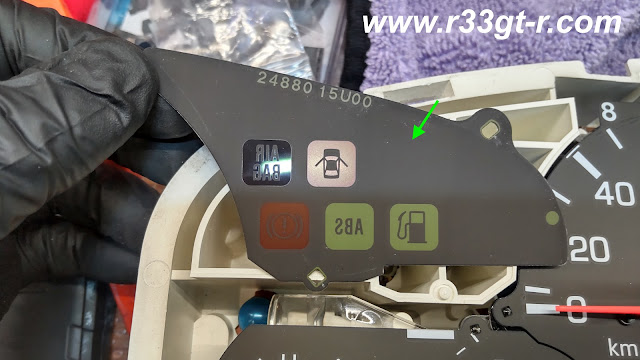 Just to make sure, I plugged the gauge cluster back in and turned on the rear fog lamp - and as you can see, the bulb is not the problem.
So this is when I decided to see if I could find a Kohki gauge cluster and see if my guess, that the Kohki clusters WOULD have the diagram, was right. By total coincidence, that evening I found TWO clusters with the 98U00 number on Yahoo Auctions. So I bought one and a few days later: 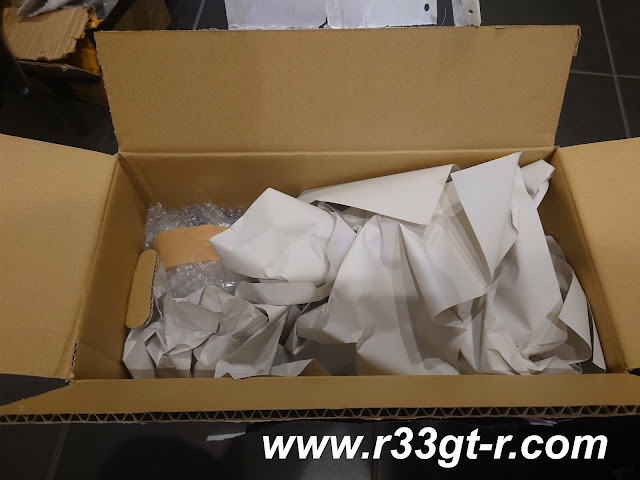 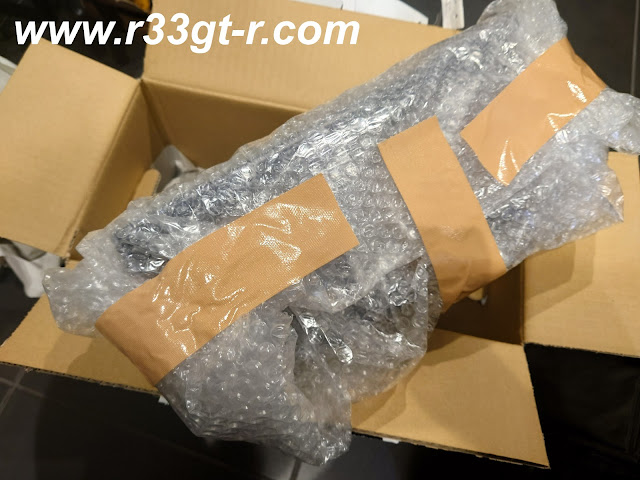 So yeah first thing I did was to inspect it, and then compare it to mine.
But what was weird was the back side.
In fact, look at this:

So very weird. The newer 98U00 unit was dirtier but also looked more aged, for some reason.
In any case, I popped it open and:
So compared to the part in my cluster with the inscribed 18U00 part number, this shows 98U00. And yes, it has the fog lamp indicator!!
But check this out - even though the outside housing has the 98U02 number, the gauges inside still show 24U00 series part numbers! So is the only difference the warning lamp indicator piece? 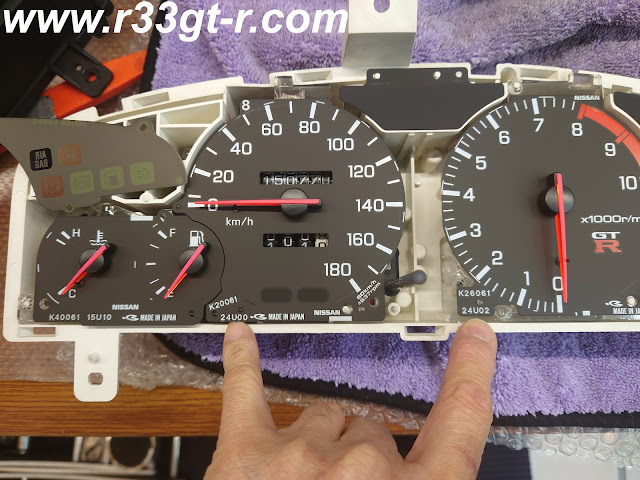 And actually, I found ONE MORE interesting difference:]
So for whatever reason, the ABS warning indicator changed too. Not sure why - anyone know why? Was there some kind of new international standard that got adopted for 1997 onwards?
Anyway, I replaced the 15U00 part on mine with the 98U00 part and then plugged everything back in on my cluster:
And so now, whenever I drive my car in the rain and decide to prevent myself from getting rear ended by turning on the rear fog lamp, I'll be able to tell if it's on.  As it should be, as the car originally came with this. So a bit of successful restoration, I guess!
I wonder if there is anything else like this, parts number wise... I know from experience that the HVAC control units of Kohki cars had different numbers (and different harnesses in the back), but functionally they look the same...
Anyway, another educational experience for me. Hope it was fun for you too!
Posted by Aki at 12:23 AM

Wow - this is very helpful to know when buying parts from Yahoo Auctions. I didn't check the part number on the Nismo cluster I purchased and as wondering why the wiring seem a little different on the back compared to my original one.

It really is surprising how different these cars are from series 1 to 3. Basically the entire HVAC system got redesigned in basically every regard. All the fittings are different dimensions, the evaporator box is different so you seemingly cannot retrofit the cabin air filters as you have in your car, etc...

Even minor details like hose clamps vary across the R33 production run. It was seemingly a very tumultuous time for Nissan.

The only bad part of owning the best version of the r33 (s3) is the parts are way more expensive. As a series 3 owner i find myself paying double on a lot of weird only series 3 parts. Such as the ashtray etc, don’t even get me started on headlights.

Absolutely agree about the ridiculous price on Series 3 headlights; especially when I think a set for just under $5,000 on Yahoo Auction is a good deal. The price of the Nismo triple meters was around 34,000 yen and folks are selling them for $1,500 to $2,000. Nuts!!!

Yes! And it’s the same with 32-33-34 chassis… sometimes some parts have different numbers and prices, for the same price!!

Aki, quick question, are you still running the stock 4.11 final drive ratios on your 33 with 6 speed Getrag gearbox? Have you thought wanting a lower say 3.9 or 3.7 ratio?

Thanks so much for the many comments! IIRC, the Series 1 shared its stereo plug design with the BNR32, suggesting that some of those parts are also interchangeable... or maybe other period correct OEM stereos?

Final drive - correct, kept the original final drive with the 6 speed Getrag. Thought about changing but given the prices and the only marginal effect - at least with the Nismo part - has not been a priority for me...

As far as fuel economy goes there's probably a non-trivial effect from raising highway cruise RPM by ~200 or so but I would only do it if you can clearly see the engine is pulling vacuum at highway speeds. The 4.11 final drive is better for touge/performance in general though.

I think 400R and Z-tune both just use stock final drive.

Hello Aki - I am just finishing off my 6 speed conversion on a 32 after reading your blog! Thank you

What did you do about the speed sensor that plugs into the gearbox, did you use a 32/33 or 34 sensor? Do the gears match and I assume the speedo must be wrong given the final drive is different? Can that be calibrated by any chance? Thank tou