OK OK so my OCD got to me...despite the Phillips LEDs being significantly brighter as well as instantaneous in lighting up, their design - with those wide fins - results in dark vertical shadows that of course bother me. 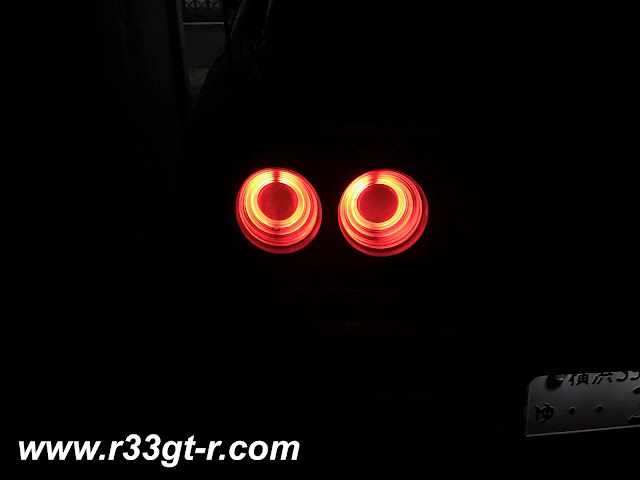 So, it was back to searching Rakuten for alternatives.  Unfortunately,  I could not find another well known brand name manufacturer that sold an LED of the right size and spec, and equal or greater brightness.  I did, however, find an online store called "Pika-Q" that specializes in automotive LEDs.

Despite the silly name, not only did they have an S25/1157 (P21/5W) product claiming 200 lumens of brightness, they offer an 18 month warranty as well.
As the design shows, not only are these fin-less, but also shoot a red beam directly backwards through a lens, using Chip on Board (COB) format, with the underlying circuit board white colored (thus Pika-Q calls them "White COB"). 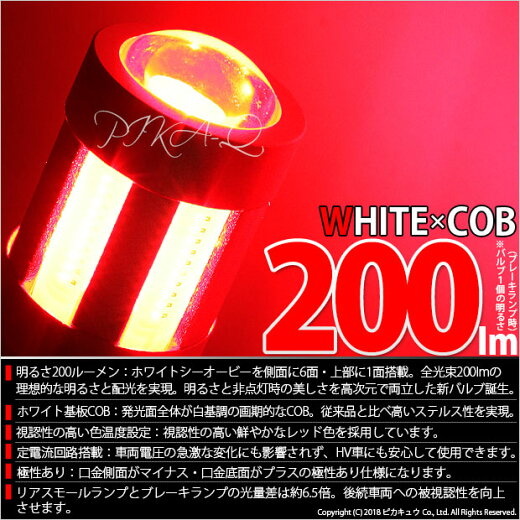 Here are the specs:
So I went ahead and ordered one pair to test out. My thinking was, while there might be other LED bulbs that claim to be even brighter, I would be happy if these worked out by being just as bright as the Phillips, so long as the dark spots were gone.

A few days later, they sent me a pair of these LEDs in a nice flat box with some other goodies (free black rubber work gloves... I'll post a photo later) and so I went out and immediately fitted them.

Immediately, I could see that the dreaded black vertical lines were gone (left lamp below):
And taking a close look, the colors seemed a bit different.  In order to confirm this, I took this next photo:
I took some video too. This first one, I wanted to make sure both the Philips and the Pika-Q lit up at the same time.  Unfortunately it's not very well focused, but check out the two Philips LED bulbs on the left, and the Pika-Q LED bulbs on the right...

Actually, the fuzziness helps make the vertical lines on the left side stand out more...

This one is better:

And further, maybe you can tell the color is different?

Here are two photos to show the differences: 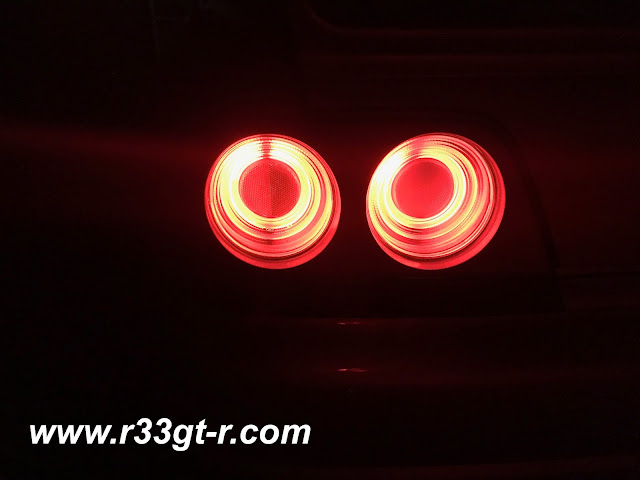 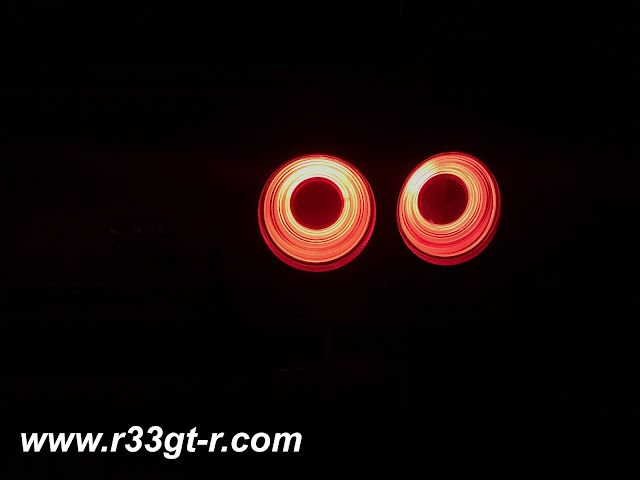 Anyway, based on this result, I went ahead and ordered another pair of these red LEDs from Pika-Q, to complete the other side.  But, I took advantage of this timing and ordered a couple of extra items, which I will feature in my next post.
Posted by Aki at 1:24 AM

Wow that's a massive difference! Damn I may need to change mine now...

Also used some LED shops there in Japan that aren't Philips or Osram etc. So you gonna use pika chu now? LOL. Nice name.

Need to see the difference between the OEM bulbs to the Pika-Q White COB, if you have the time for it.

Anonymous - well I guess I will have to carry on board some extra bulbs...

Think you solved my LED-anxiety! I'll put it at the lower half of my to-do list...
Happy holidays to you Aki, perfect wins over "good enough" :)

Thanks for your inspiration. I bought some cheap Leds on Aliexpress and the result is really good. Possibly a small difference to yours, but only visible in direct comparison, imho. I also bought the electronic relay and it works perfect, no delay and works with bulbs and led in a mix.