My friends, I am truly touched by the support you have shown me - in addition to the heartfelt comments left in my previous post (where I showed how much Nakamura had damaged my car), many of you emailed and messaged me with messages of support as well. Thank you so much!

Anyway - after getting the car back in September, as you may have suspected I immediately set about beginning to fix what was unacceptable to me.  Initially I was planning to post some of these photos on Speedhunters, and I just might still. However I've decided to share here first.  During the time I shared some photos from last year's NISMO Festival here, I had in fact already begun working on fixing the things that really bothered me.

The first thing that I worked on was the shift surround. Normally of course this shift surround piece has a cigarette lighter and an ashtray installed, but Nakamura (or actually as he admitted a subcontractor) had modified this shift surround to incorporate the HVAC control unit. And while this now allows for a 2-DIN stereo or Navi to be installed, there was a problem with the finish of the black plastic. Take a close look: 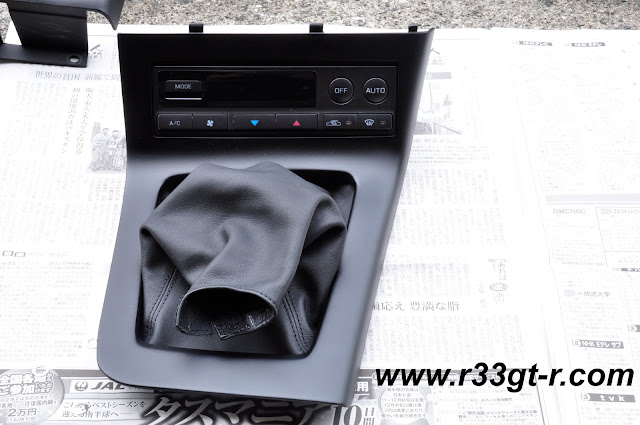 See how the black plastic is super smooth?  Here is a close up view. 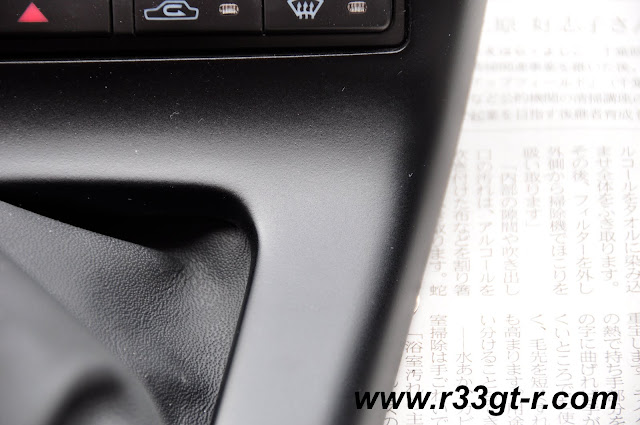 Well, take a close look at the plastic console surround that makes up most of the face of dash panel. 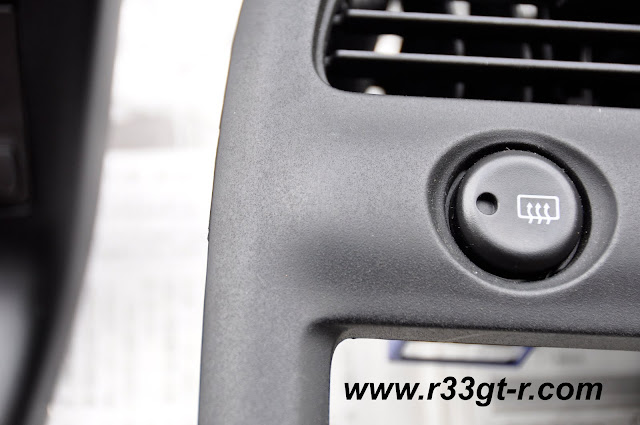 In other words, the difference in textures between the two plastics is WRONG.  From the factory the Series 2 and 3 cars had MATCHING rough finish textures on both pieces of black plastic. So, the Series 1 compatible smooth plastic on the shift surround contrasted strongly with the rest of the dash panel.

In my last post, I complained that Nakamura had not used my original dash panel, but had installed the very worn out (almost grey color) and scratched up dash panel that was obviously used.  Because I had rescued my original dash panel however, I decided to replace the grey worn out one with my old one. Actually removing this greyish dash panel wasn't easy however - this is because Nakamura had solid glued both the microphone for the Navi as well as the blue LED warning lamp for the alarm into the dash panel. In other words, it wouldn't just pop off - I had to drill out the microphone while still in the car (the LED had a connector which I disconnected).
Here is a close up of how I had to drill around the alarm LED to remove it. You can also see how "grey" the texture is. 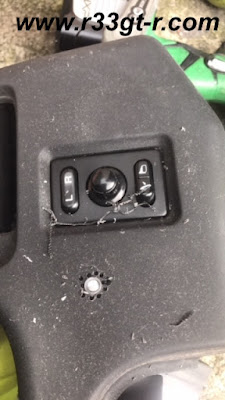 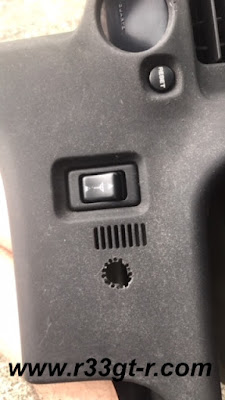 The reason I chose to remove it was because it is connected to the alarm system by connector and I was worried that if disconnected the alarm would sense a problem and cause problems. 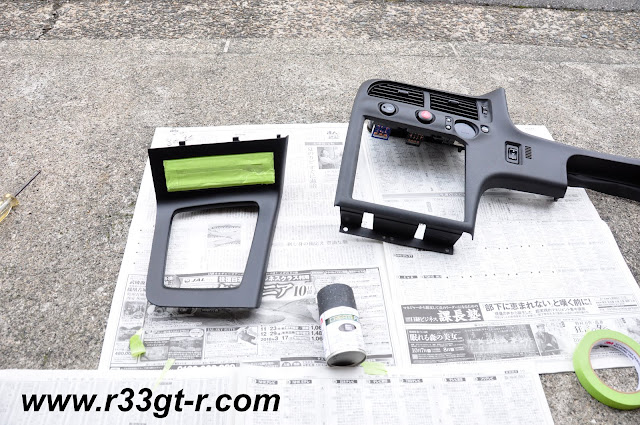 My initial idea was to paint the shift surround with this Testors brand spackle paint, in an effort to replicate the rough finish and match my old dash surround. 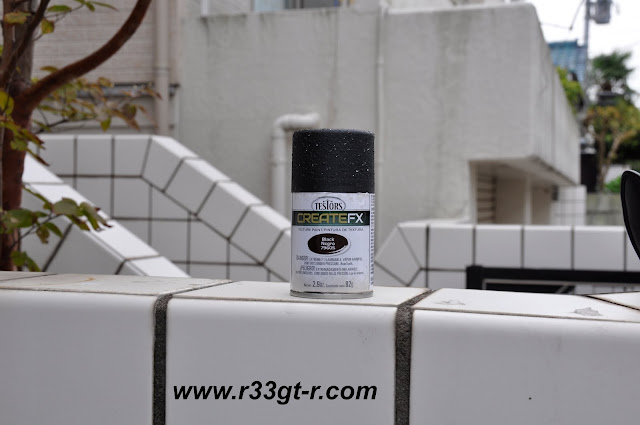 Unfortunately the spackle particles were too large, which meant I started over with another tactic - of using regular flat black spray paint but to purposely spray from a longer than recommended distance in order to have relatively dry paint particles hit the painting surface. If you've ever painted with spray paint, you know what this does - it forms tiny bumps and leaves the surface slightly rough.

Here, you can see the old dash on the right, and my OEM dash in the middle which I also painted with the same flat black paint to match the shift surround. So an added bonus was revitalizing the OEM panel!
And here is the final result: Looks pretty good, huh!! I was quite pleased with myself actually.  So what's next...still lots to come...
Posted by Aki at 10:03 PM

woah, good job doing the dash yourself - i wouldn't be able to tell it was done at home DIY

Looks nice! Glad to see things getting back into shape.

Very good looking texture, dash pieces are the trickiest, nice to see you get the R33 back the way it's supposed to be!

Hi there, I have a series 1 dash that needs refurbishing. Heard of any way to get that smooth look back? Would love to know how while I currently have that piece off my car. Great blog!!!!

Jake - are you talking about the instrument surround like I did here, or the actual dashboard extending all the way across to the passenger side? Assuming the first, I think maybe try some Plastidip, but go thin. Or just paint with a semi-gloss paint and layer it on, but probably not as realistic as the Plastidip? Sorry I can't be more helpful, but good luck!