As I hinted in my last post, when I picked up my car from Ninomiya-san after he had installed the rebuilt Öhlins DFVs, he had some disconcerting news: the NEW transfer case was LEAKING OIL!  Since this is a brand new BNR34 transfer, part of the NISMO GETRAG Transmission Conversion Kit for the R32/R33 which I had had installed just last August, I was not happy to say the least, hoping that it would be just a matter of tightening a few bolts or sealing it up.

So I took the car back to Nissan Prince Tokyo Motorsports at the Nissan Prince dealership in Sakura-Shinmachi, about a 30 minute drive from my house.

The technicians immediately rolled the car onto the lift, and found this:
A clear leak. They admitted they had never seen this before, and were just as puzzled as me as to what the cause could be. Maybe not bolted up tight enough? Maybe a gasket? Maybe the transfer is bad? In any case, they took a whole bunch of photos of the area and the car, so they could email them to NISMO. Unfortunately, because it was a Sunday, no immediate response would be coming.  While they had the car up, I asked about the main driveshaft, whether it was the same as the BNR34's... the answer is no, apparently it's a bespoke NISMO piece. Oh well, so much for getting that carbon fiber driveshaft...

Also, while they had the car up, I remembered that a few months back Dino had mentioned something about a slight shimmy in the steering wheel.  Turns out he was right!

Their initial diagnosis was either a bad tie rod bearing, or the bolts attaching the Do-Luck roll center adjuster needed to be tightened, but only on the left side.

In any case, as I don't need my car this week, I decided to leave the car with them for a few days so they can discuss with NISMO what to do about that transfer case leak.

So I watched them lower the car and pull up in front of their car elevator: 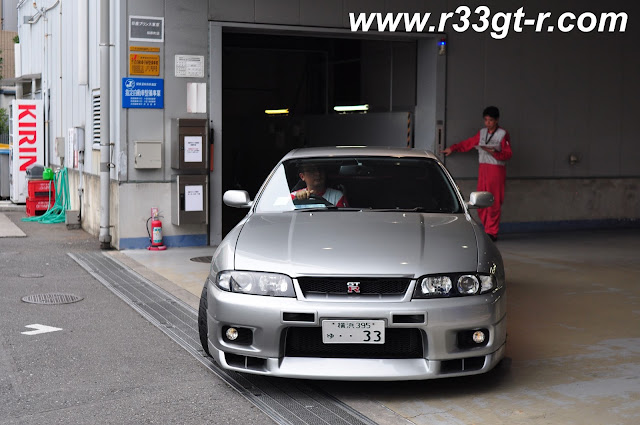 Before watching the door come down, and saying goodbye. 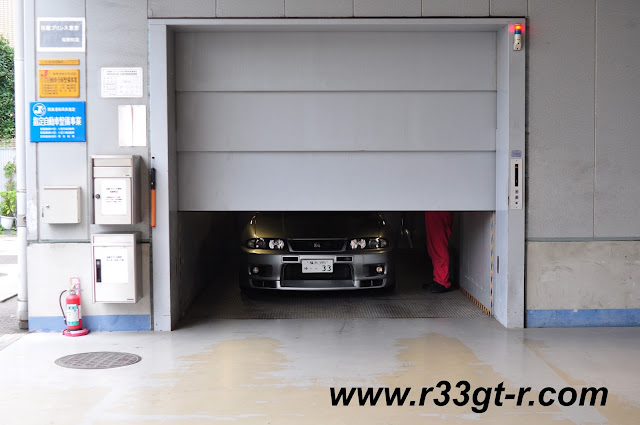 Are the parts covered by warranty?

Well Matt, you will have to see check my next Speedhunters post, to learn what happened....