BNR34 Rear Diffuser Project, Part 4: Putting it All Together!

So when I went to pick up my car from BeAmbitious, I was happy with  the seamless job Ninomiya-san had done. 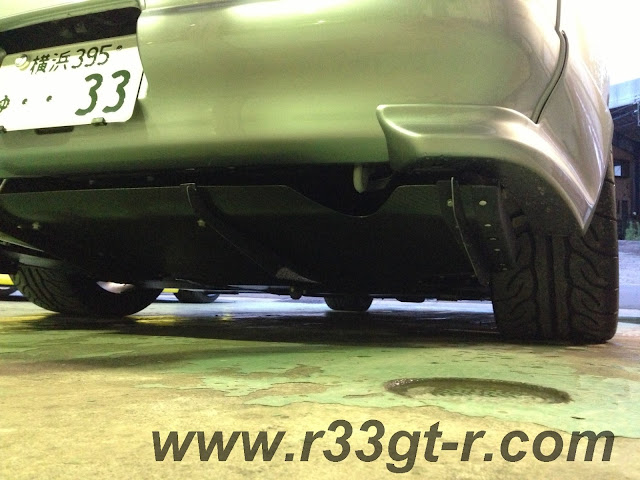 First, instead of a four sided rear center bracket, Ninomiya-san simply used two hangar type brackets.
Second, the carbon was cut in order for the Tomei muffler to peacefully coexist. I couldn't tell how it was cut, it was only apparently after I took the diffuser off for another upcoming project! (Stay tuned!)
Third, the entire diffuser was dropped a few millimeters in order for the exhaust pipe to have a bit more leeway on the front side of the diffuser.

Fourth, the metal jack-up point was moved a few cm forward, and an alumite "gap filler" attached, in order to ensure the jack up point is not only flush with the diff, but also far in front of the Greddy extra capacity diff cover (wouldn't want to jack it up on that)! 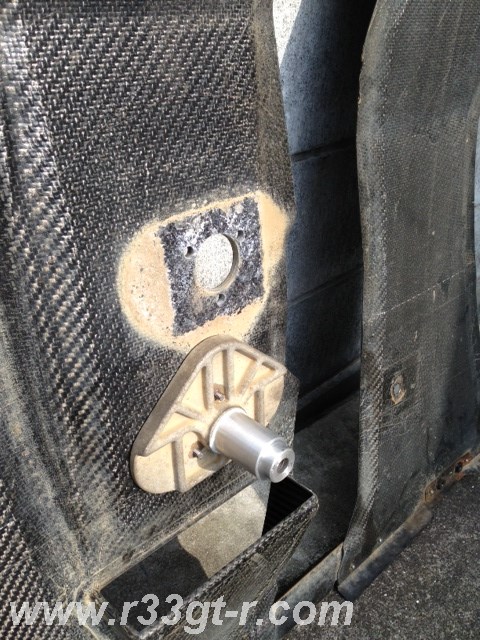 But the piece de resistance was the way he used the RB Motorsport side brackets: 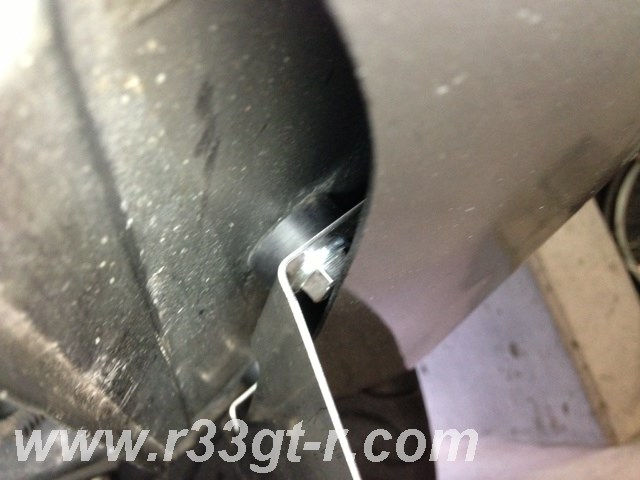 Note how, instead of attaching them to the car directly, he chose to attach them by way of hard rubber bushings, in order to prevent any metallurgical issues to the body of the car, as well as considering the vibration the diffuser will generate, and tucked the side brackets up under the rear bumper. This means however that I cannot remove the diffuser with the brackets still attached to the diffuser, as one might do normally.

Rather, I have to undo the bolts for the two outer most fins, plus two additional bolts on the side protectors,  which then separates the diffuser from the side brackets, which remain attached to the car. 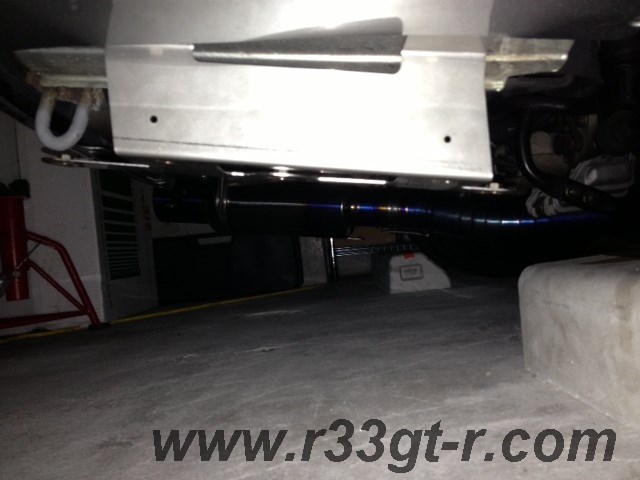 And this is why the side brackets and the diffuser's side protectors are not riveted together :

And the effect? Well, that will have to wait, at normal expressway speeds I haven't noticed much of a difference to be honest. Oh and when backing up, now have to be careful not to scratch the fins.
But next track day, let's see what speeds north of 200kph will do!

Finally - I realize I have yet to provide a nice photo that clearly shows the diffuser, in daylight. Patience my friends, I have ONE MORE diffuser related mod before I show the final, final result!
Posted by Aki at 12:20 AM

Nice Work Aki. Your Life may have been a lot easier if you had bought a R34 GTR. hahahaha Enjoy!

How did it feel? I noticed at around 270k the rear felt lighter and the car starting moving a lot more.

Tim, that's odd... I haven't gotten the car up to that speed yet (of course I would do so ONLY on the racetrack, lol). I wonder why you had that experience.