Recently on Yahoo Auctions, I saw a Nismo titanium tower bar much like mine for sale. Except this one had a twist - the seller claimed that, in order to prevent the suspension top mounts from rusting due to galvanic corrosion by the titanium / steel interaction, he had applied rubber strips to the bottom of his tower bar to prevent the two metals from touching.

So that got me thinking - is that even possible? On the other hand, even if such a thing did not happen, the titanium, being harder than steel, might cut into the steel and then cause some rust to begin, no?

In any case, I began to do some research. I think the end result was that I wasn't sure, but if I could do something about it, then better safe than sorry.

So here is the tower bar, right after I unbolted it: 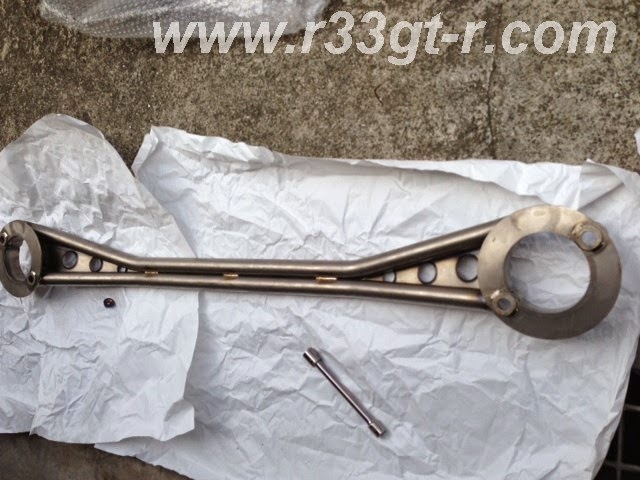 Initially, I was planning on cutting bits of adhesive backed rubber foam, similar to what the guy selling his had done. But after a few minutes with the scissors, it was clear that I'm not talented in that department. Actually, the issue was the small rings surrounding the bolt holes, these are slightly raised compared to the rest of the large ring, and it was not going to be easy to cut the foam that precisely.

So I began thinking, too bad I can't just spray on rubber... WAIT! I have THIS: 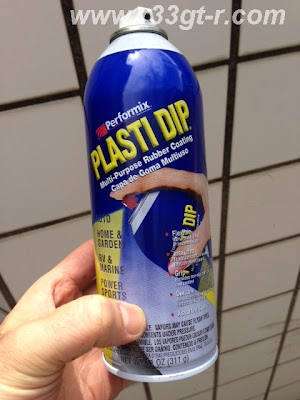 That's right - I had actually purchased a couple of cans of these for another project (which I hope to reveal by sometime this summer), and so figured, why not try spraying on this "rubber"?

At first it was quite ugly: 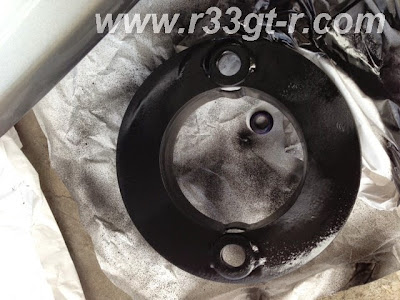 The stuff was everywhere, and oops I got some on the inside of the large ring: 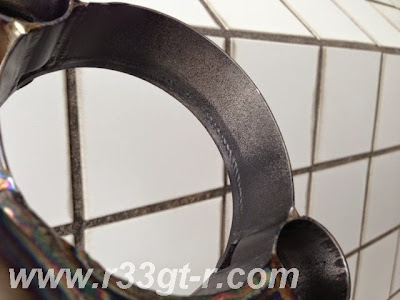 But unlike paint, this stuff comes off with some friction! 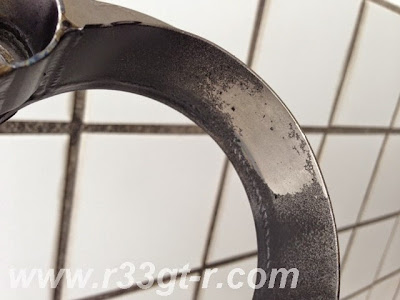 So I applied another coat, then let the bar sit in the sun and then when the day began to cool off, under a heat lamp.  This was the end result: 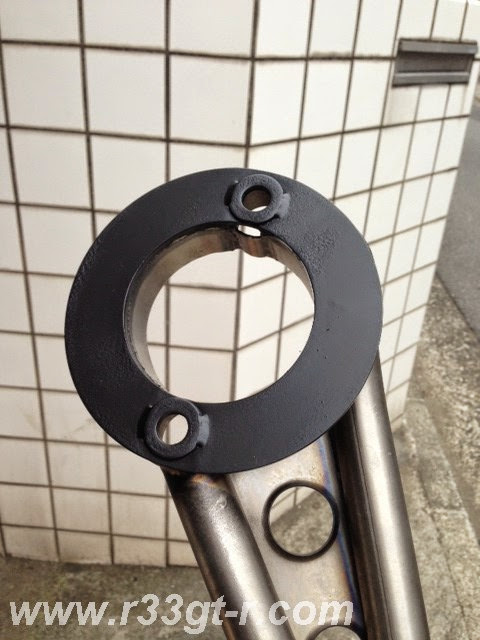 Well, not exactly pretty, but who cares, no one will see it and so long as it does its job! (and yes, I wiped away the overspray).

Then it was installed back in the engine bay. I figure even if the rubber had not dried completely and it gets rubbed off onto the top mounts, that's still better than raw titanium vs. painted steel (for the record, there ARE a few small scratches there already, likely caused by the stock steel tower bar). 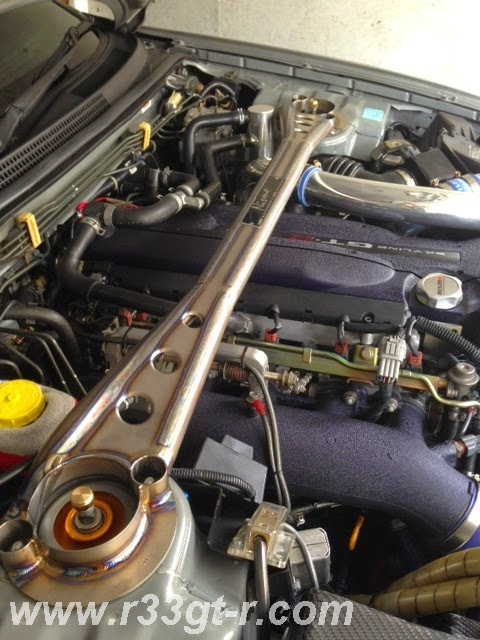 I too have conducted some experiments with this interesting spray! Seems to take forever to get a good coverage but the secret seems to be really thin coats. Also it is impossible to mask, as when you remove the tape, you remove the coating with it! Hahaha Obvious really..
For my metal on metal I did cut some thin rubber sheet, holding it in place with some double sided tape. Found good sharp scissors were the best for cutting the rubber.

Karl - good on you, I simply did not have the patience to cut rubber! (another way of saying I'm lazy...)

Where you find this nismo tower bar?

I always go Yahoo Auction JP looking for parts for my R33. Btw, you bought it from Yahoo JP? How much is it?