OS Giken LSD!!! a near flat tire... and getting ready for Tsukuba

So it's been a while since I last did a track day at Tsukuba. A short, curvy track. Last time I did a short track - Fuji Speedway short course - my friend Miguel who was behind me noticed my inside rear wheel slipping. A clear sign my standard differential was past its prime and needed to be upgraded.

As I don't have a V-Spec model R33 with the active differential, I had several options. One was the new Nismo carbon LSD - but it was expensive, and frankly, not tried and tested enough for me. Then I heard about OS Giken - quiet operation, 100% lock-up... and a reasonable price! So why not? Why not indeed?

So, after ordering it, went off to Three H to have Hirose-san install it for me. I also had him do a brake fluid change, as my efforts to do so myself were going nowhere. (for another time, when I have time, I guess. I had even bought the Motive pressurized fluid changer...)

So here it is: 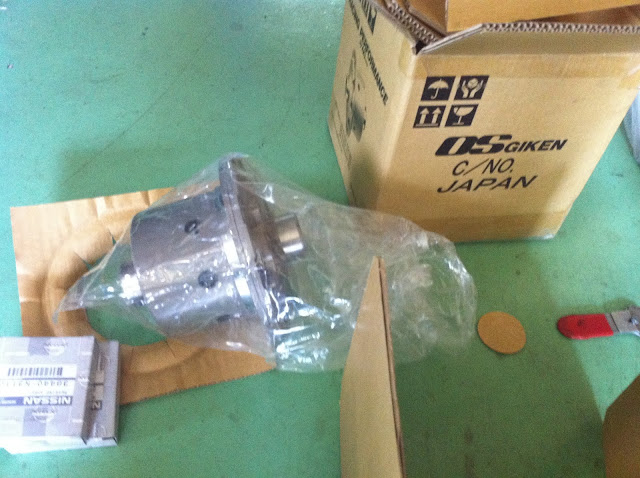 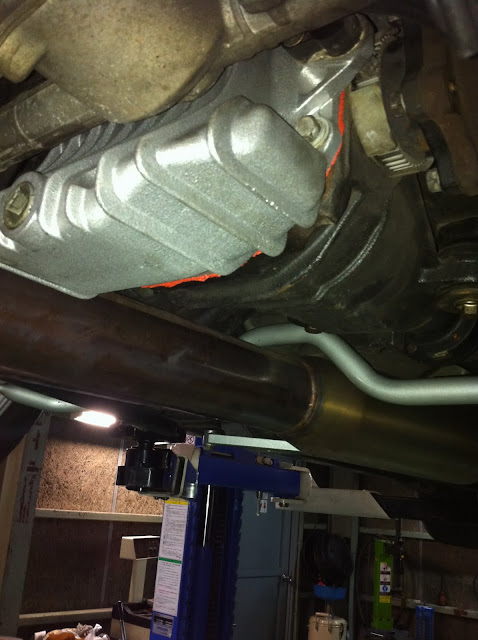 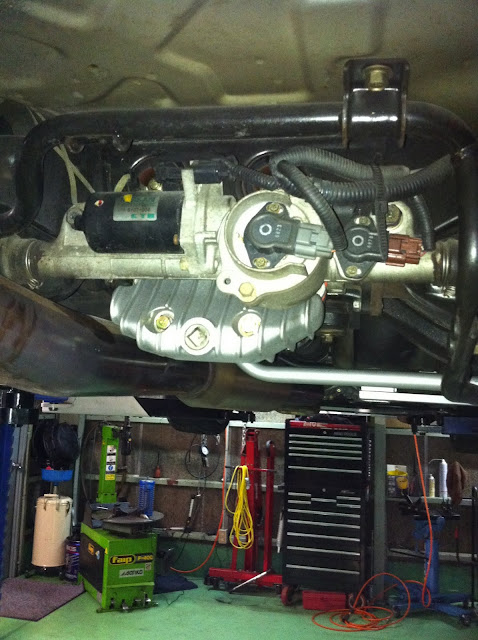 Driving impressions: well, it certainly makes absolutely no noise! Ok, the only time it makes noise is at low speed when I have the front wheels turned all the way. Otherwise, can't hear a thing. Second, the car's throttle response is immediate - that is, as soon as I step on the throttle, the car is moving. It was fast before, but not THIS immediate... Third - I think at high speeds, there is some vibration - but I could not tell for sure, the was on S-tires. Will have to confirm at Tsukuba. Why was the car on S-tires?

Well - I had cleaned the wheels the weekend before, and was going to NOT swap them out until the day before the track day (this upcoming Sunday), when I noticed what appeared to be a screw in the rear left tire. Out of an abundance of caution, I changed all 4 wheels to the RE30s, and took the punctured tire for Hirose-san to look at. Here is that tire: 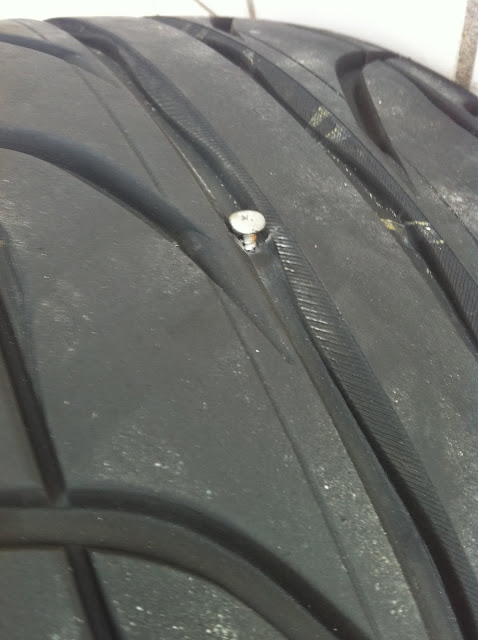 Luckily - we found that while it had pierced the rubber, it had not gone all the way through. So he recommended, after pulling it out and confirming, to just run the tire as is. Hopefully he is right and the tire holds up to a normal life. It's a relatively new tire, so I certainly don't want to buy a new tire at this point. 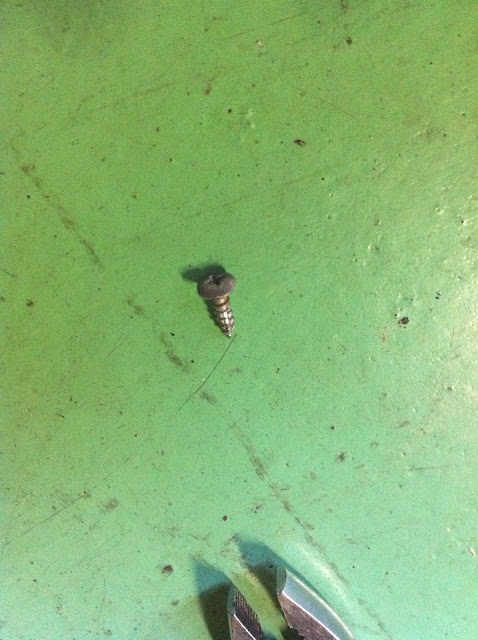 So, tasks still left for this Saturday - day before
1) take out the rear seat.
2) oil and filter change
3) Hirose-san had found that some clips that attach to the rear Brembos were missing. So I'll have to put those on (he's sending me the parts).
4) install brake cooling hose on left side (this is the side that gets worn out, due to the right hand curves at Fuji...)

How is the OS Giken Superlock LSD after 18 months and plenty of track action?

I think my standard LSD is starting to slip too :(