Spring Cleaning - and Some Painting!

Ok as this week was "Golden Week" here in Japan - a bunch of single day national holidays conveniently strung out over a week, thus making for, in conjunction with the weekend, a 5 day holiday, so of course I was able to do some cleaning of the car.

Yes, I washed and then used my porter cable to apply some zaino... but also took the opportunity to try to figure out where a squeak was coming from in the rear parcel shelf - I took off the shelf and hunted down each item that might possibly be loose, and either glued, foamed or tie wrapped it down. At the same time, I noticed that the stock paper speakers had met their demise, and so went ahead and purchased some mid grade universal fit Pioneers (16cm) as my friend Alex has promised to upgrade my entire system with me - these speakers are only to tide me over until then. (and then, will be used for "rear fill"). I will go into depth in another post soon.

Meanwhile, a while ago I had also noticed that the washer tank had gotten old, and was possibly leaking. I noticed some rust below the plastic. 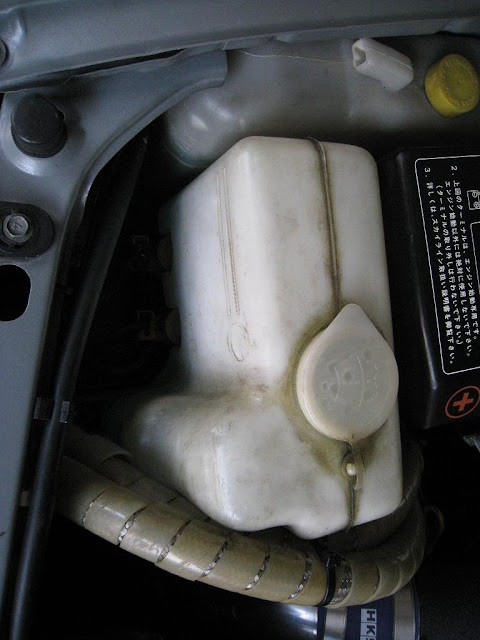 (PS not sure why this photo and some others below are showing sideways - will try to fiddle with them over the weekend).


Anyway, I had a while ago ordered a new piece, that looks like this. 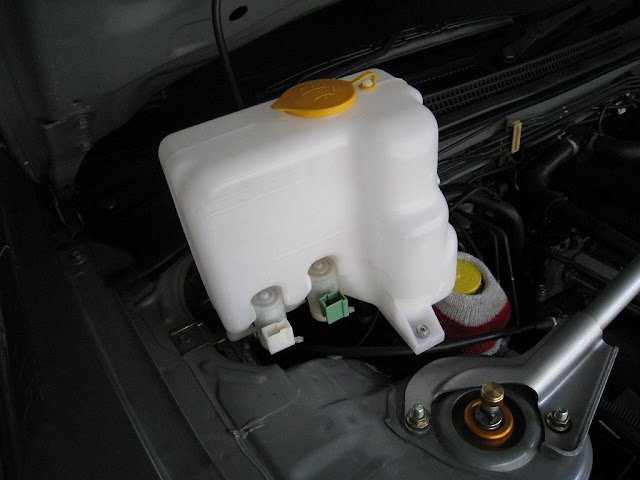 So I proceeded to remove the old tank, and this is what I found: 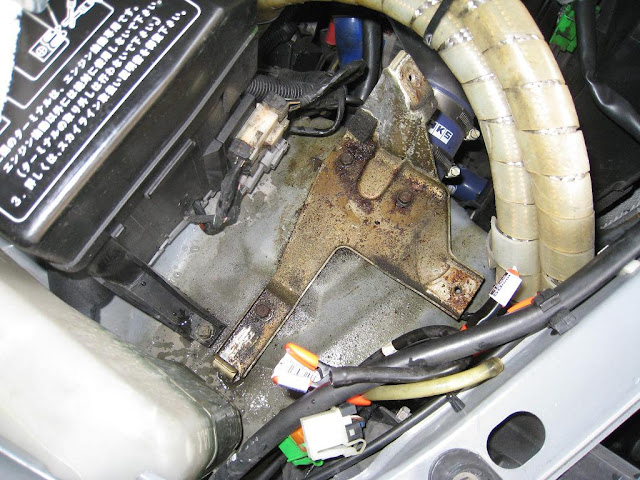 So, inspired by an idea from my friend Dino (DCD), I took out the bracket, removed the rust, and then resprayed in anti-rust black paint. 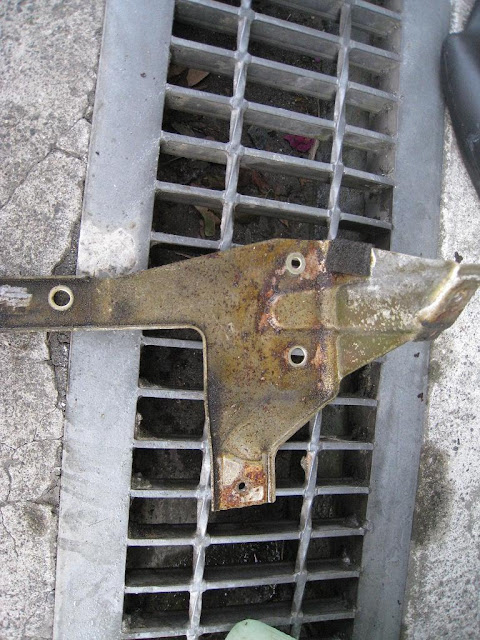 I used my Dremel and some elbow grease and sandpaper to get this: 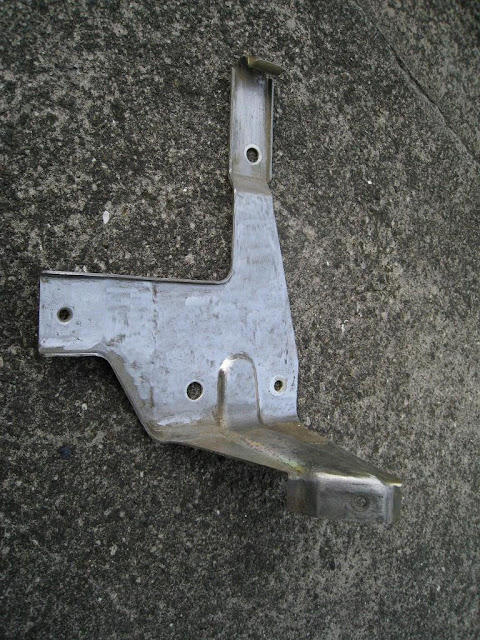 After this, it was pretty easy to simply paint with a spray can. 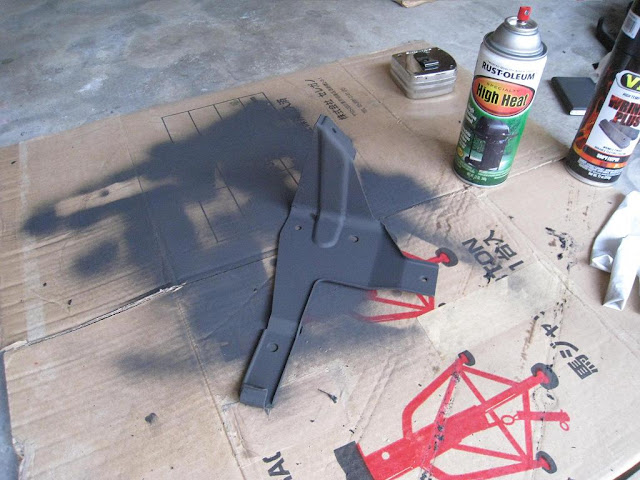 While I was waiting for it to dry, turned my attention to the base, which was rusted. I used sandpaper and the Dremel again, and got rid of the rust (down to the bare metal!). Found some automotive primer at the local hardware store, and began to paint: 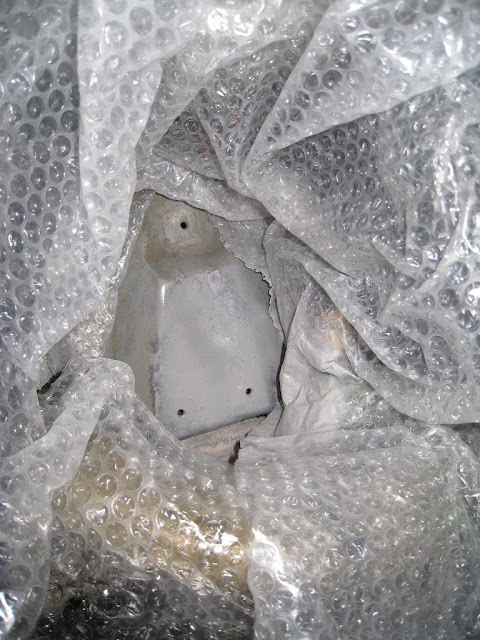 As you can see I had no newspaper, so used towels and this wrapping paper to mask off the rest of the engine bay.  End result is: 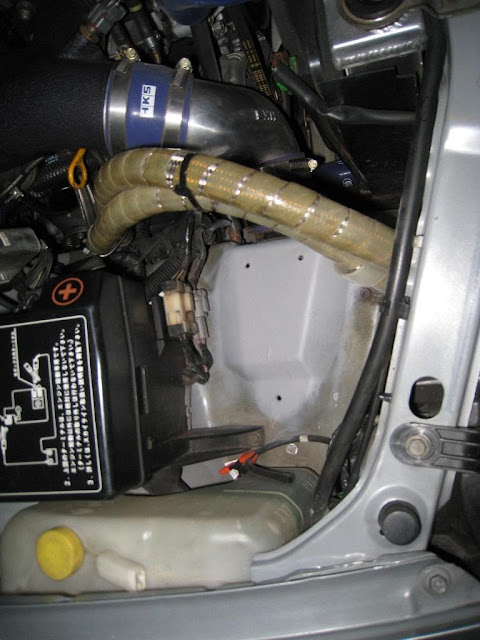 Nice and clean. Then it was only a matter of bolting up the bracket (this time using stainless steel bolts) 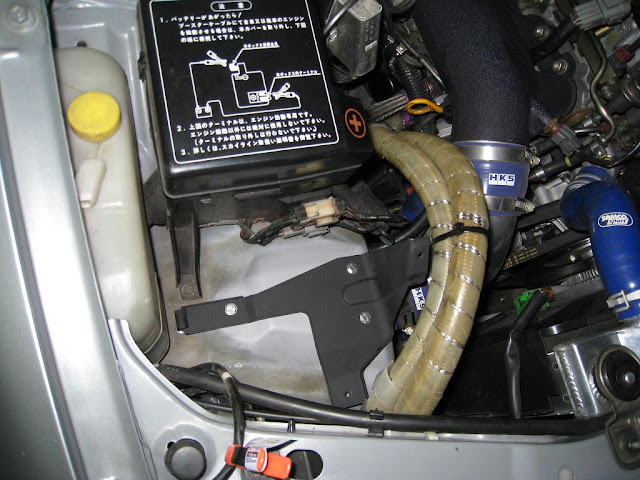 And then it was simply a matter of installing the new washer tank and adding some washer fluid. 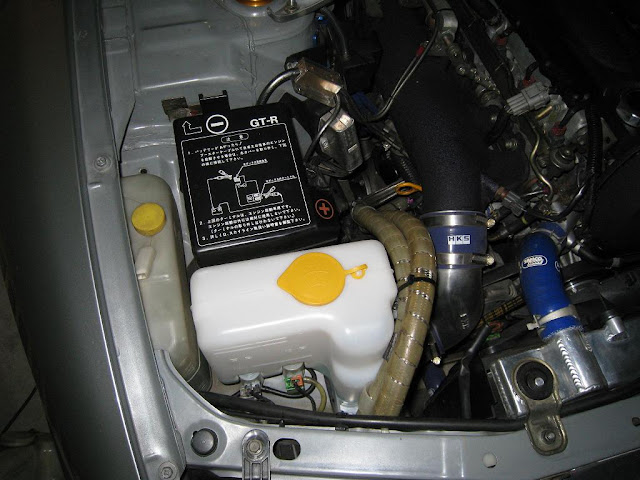